Thanks for sending stories, photos, and/or videos of your own local Fukushima Fallouts. We hope more of you will share, so we can all see one anothers' actions and can share our experience with folks who want to organize Fallouts and with the people of Japan.
Please do write us and send your stories and images to BEST(at)MATRR(dot)org.
Thanks to all who have participated in this show of solidarity with the people of Fukushima Prefecture in Japan, and to all who oppose the financial and environmental debt nuclear power leaves as a legacy to the future, and who believe we have a right to oppose the suffering nuclear power is causing people in our world now.
No comments:

About 30 people participated in a Fukushima Fallout action on Sunday, March 10, 2013, despite bad weather. The city of Mulhouse is near the aging French reactors at the Fessenheim Nuclear Power Plant. A Japanese refugee from Fukushima prefecture participated in the action and was invited to speak in the rally. This story was sent by Elke Brandes and photos were taken by Claude Ledergerber.

Seven nuclear activists took a break from the 2 day Helen Caldicott Symposium (on the Medical and Ecological Consequences of the Fukushima Nuclear Accident at the New York Academy of Medicine) to perform two Fallout demonstrations, one at the Metropolitan Museum and another Fukushima Fallout at the Guggenheim Museum in New York City. Story sent by Glenn Carroll (NoNukesYall.org) and photo and video by Robert Croonquist.

You can view the indexed Caldicott Symposium online at http://www.nuclearfreeplanet.org. 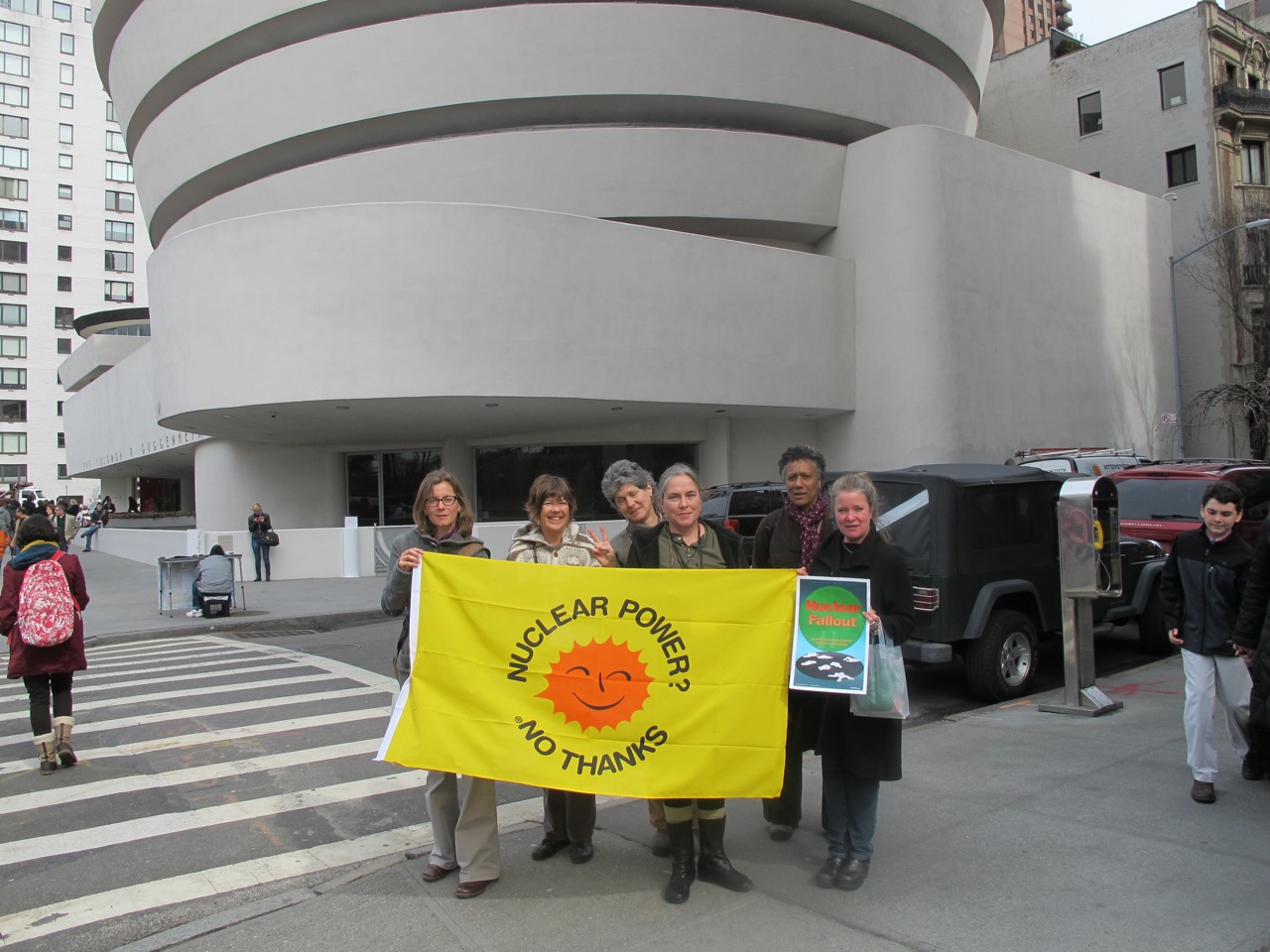 1st Anniversary of the Fukushima Disaster


"The disaster at the
Fukushima Daiichi Nuclear Power Plant
released 168 times the amount of radiation
that was released by the atomic blast
on Hiroshima in 1945 . . ."

About 18 people gathered at Big Springs Park downtown for the 1st Anniversary of Fukushima. We talked about the people of Japan and about nuclear power issues at Browns Ferry Nuclear Power Plant,  just 28 miles from where we were, which is the same flawed GE Mark I nuclear plant design as the Fukushima Daiichi plant.  A lady from Fukushima, whose family was from Fukushima prefecture, was there to speak about the situation, and how difficult it is for the Japanese people to get news about the plant and the radiation they are being exposed to. The Fallouts were spearheaded and the Fallouts.org website created by Mothers Against Tennessee River Radiation (MATRR.org) 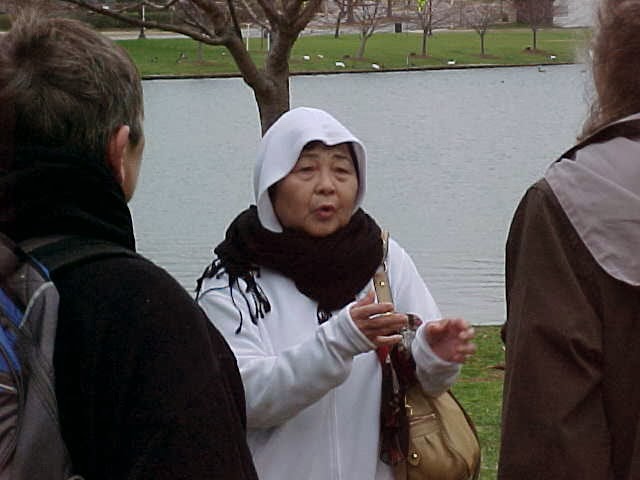 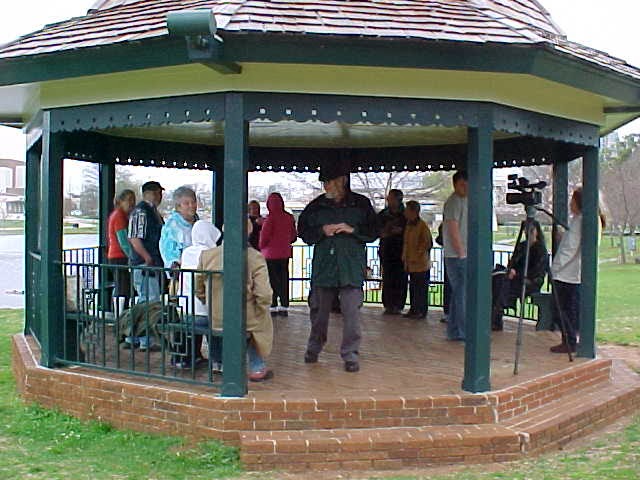 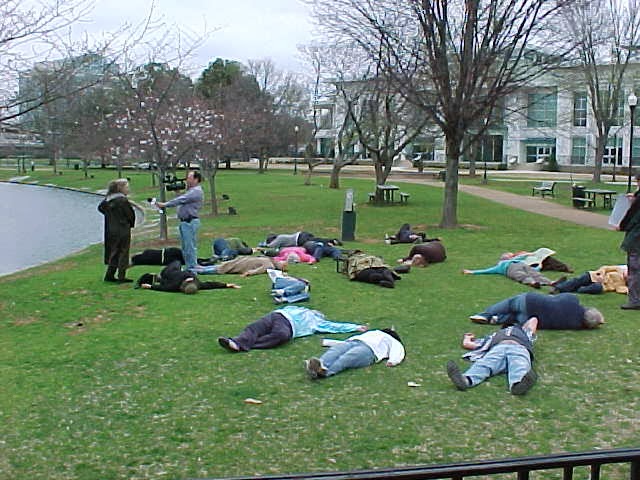 The Fukushima Fallout stopped traffic in Tucson to remind drivers and pedestrians about the people of Japan and the deadly dangers of nuclear power. 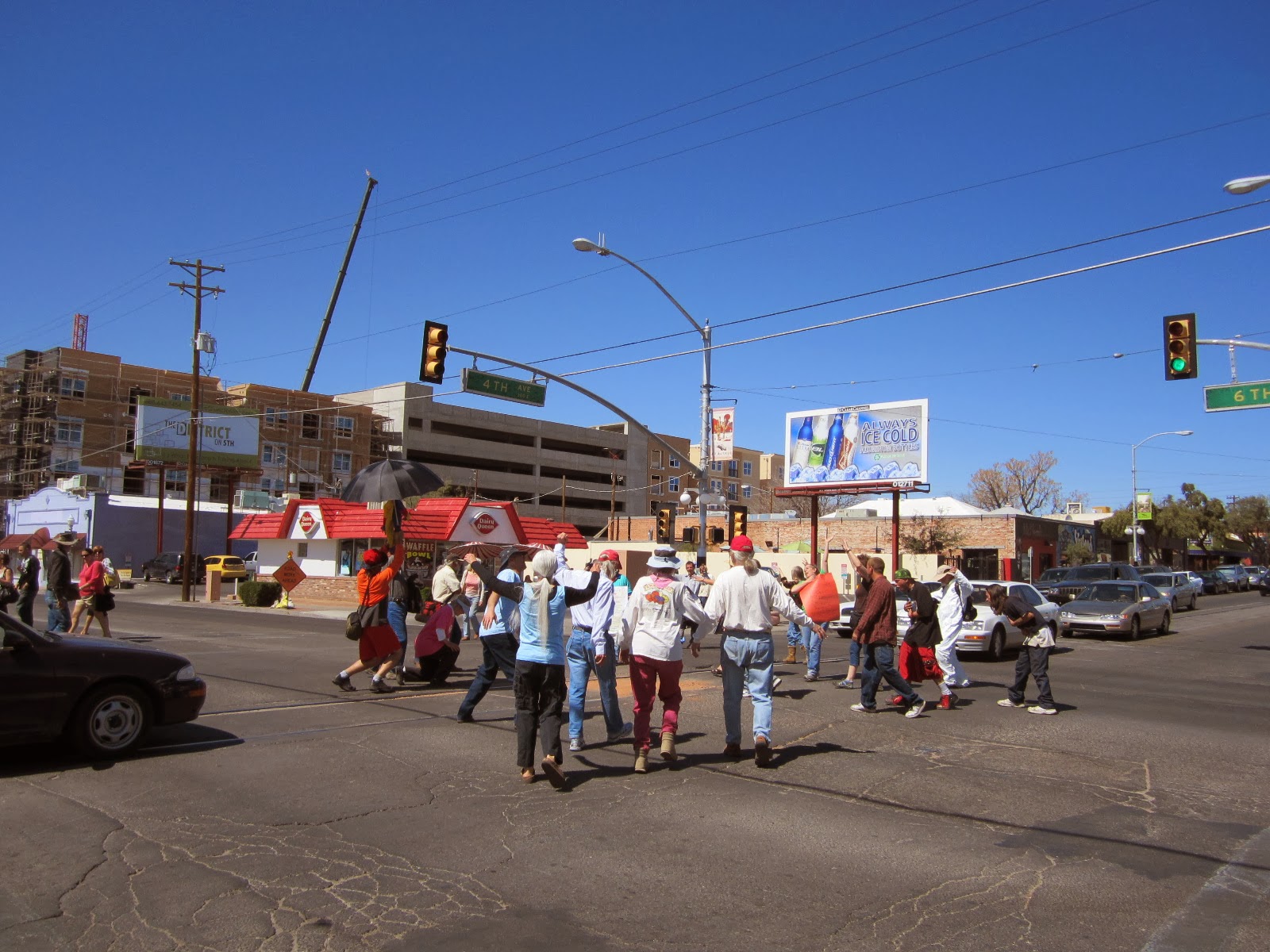 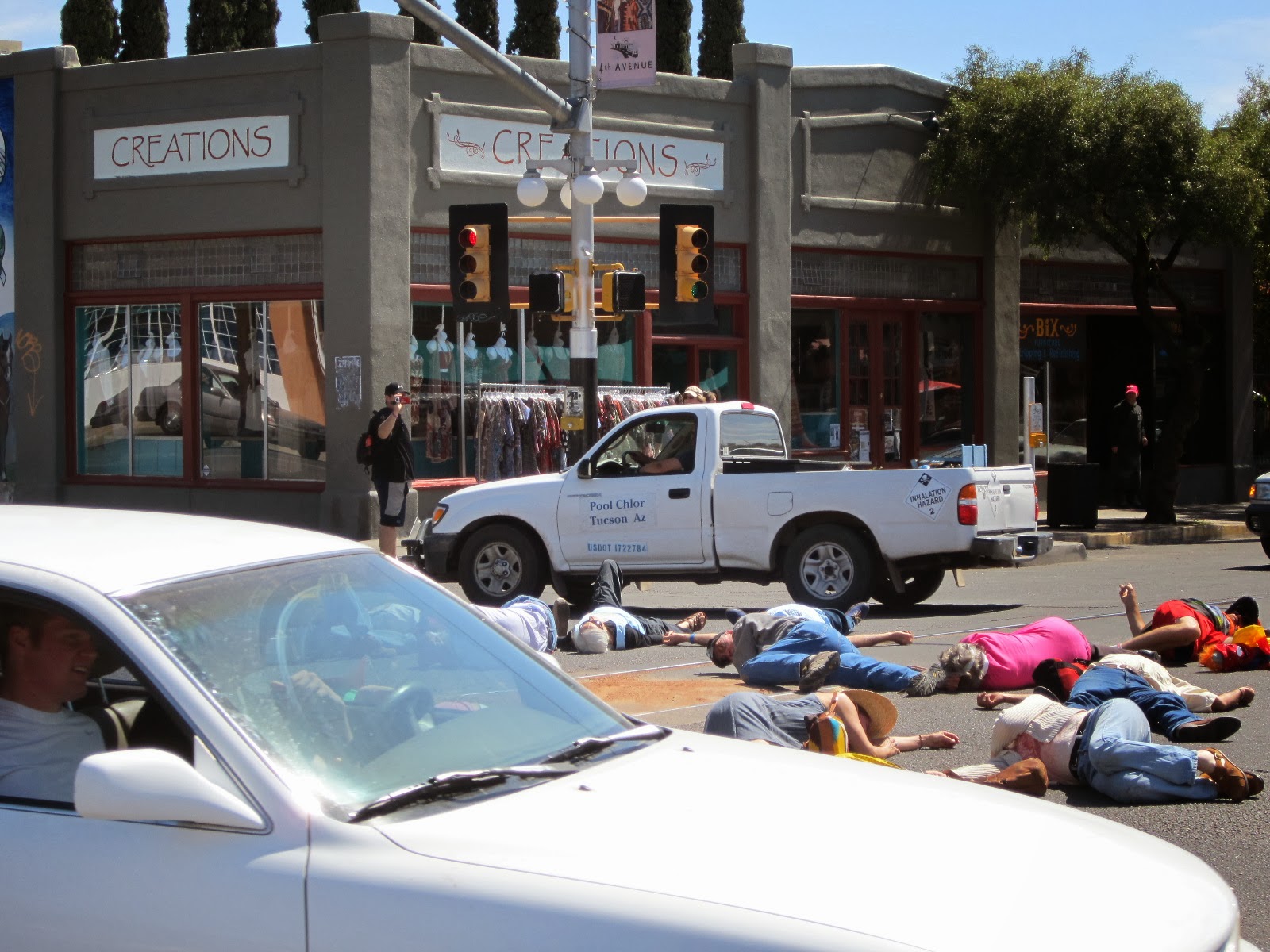 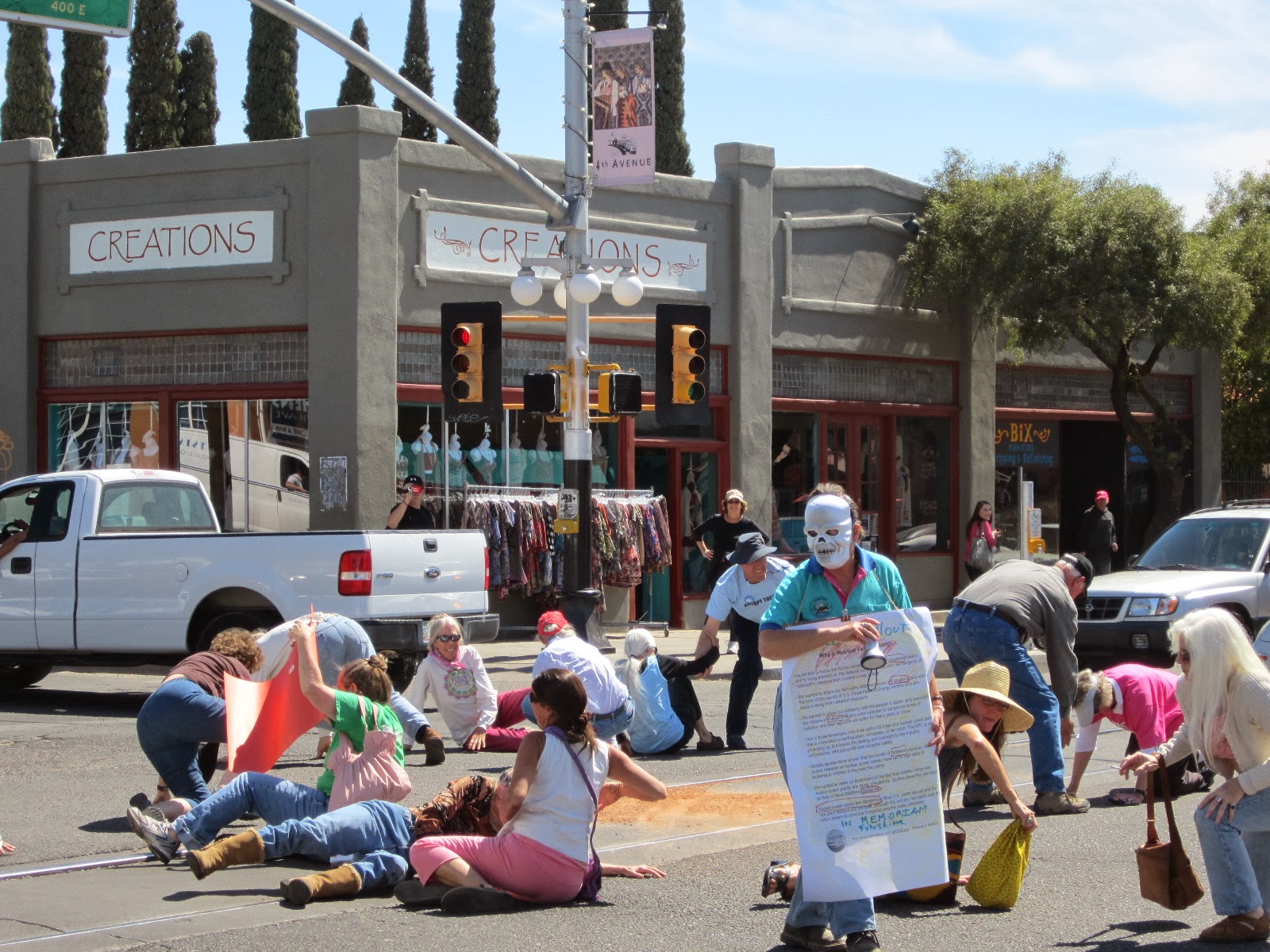 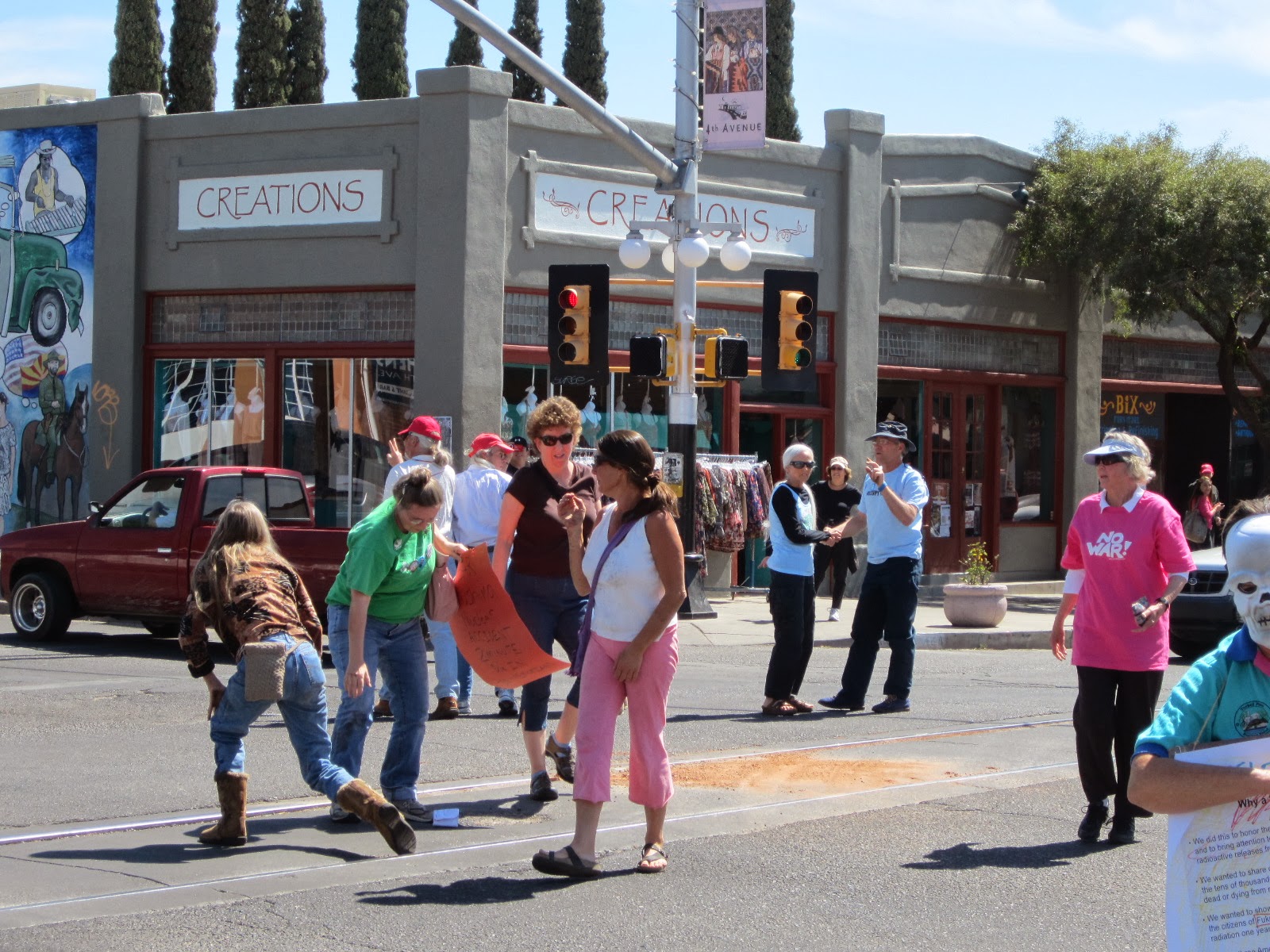 An enthusiastic and creative group gathered at the corporate headquarters of Florida's largest nuclear power operator to remember the victims of Fukushima and to protest nuclear power in Florida. They made an informative video (http://youtu.be/BoFnRffs3js) of several activists speaking about Fukushima and the costs of nuclear power, and they chanted and sang in front of the building. 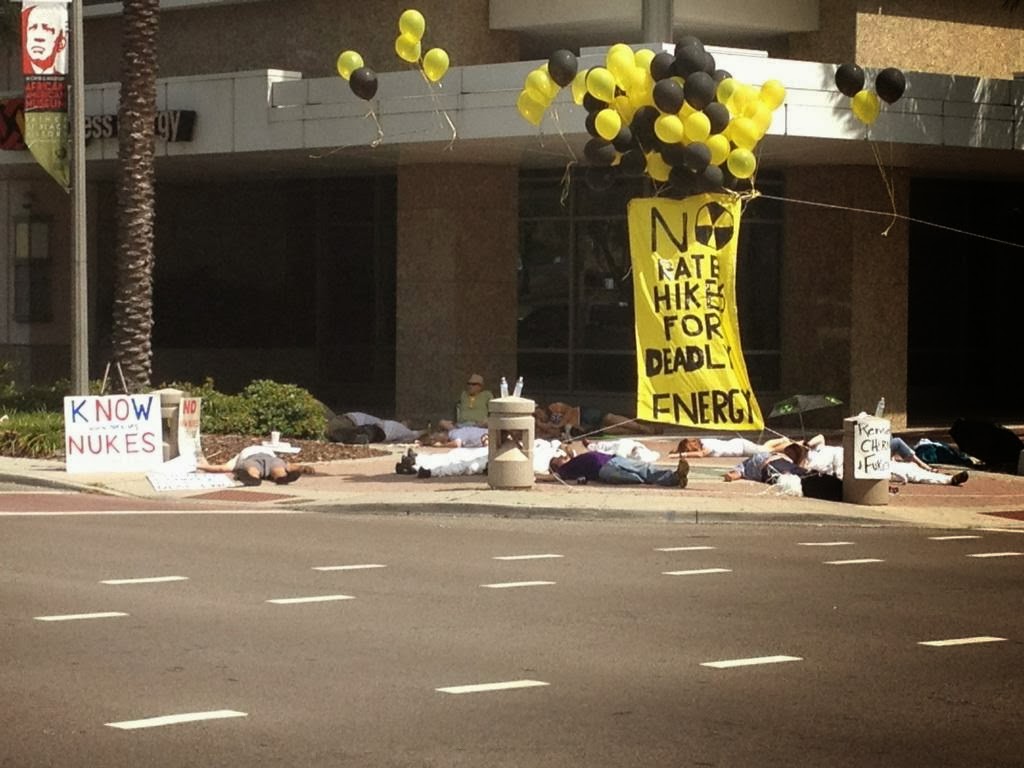 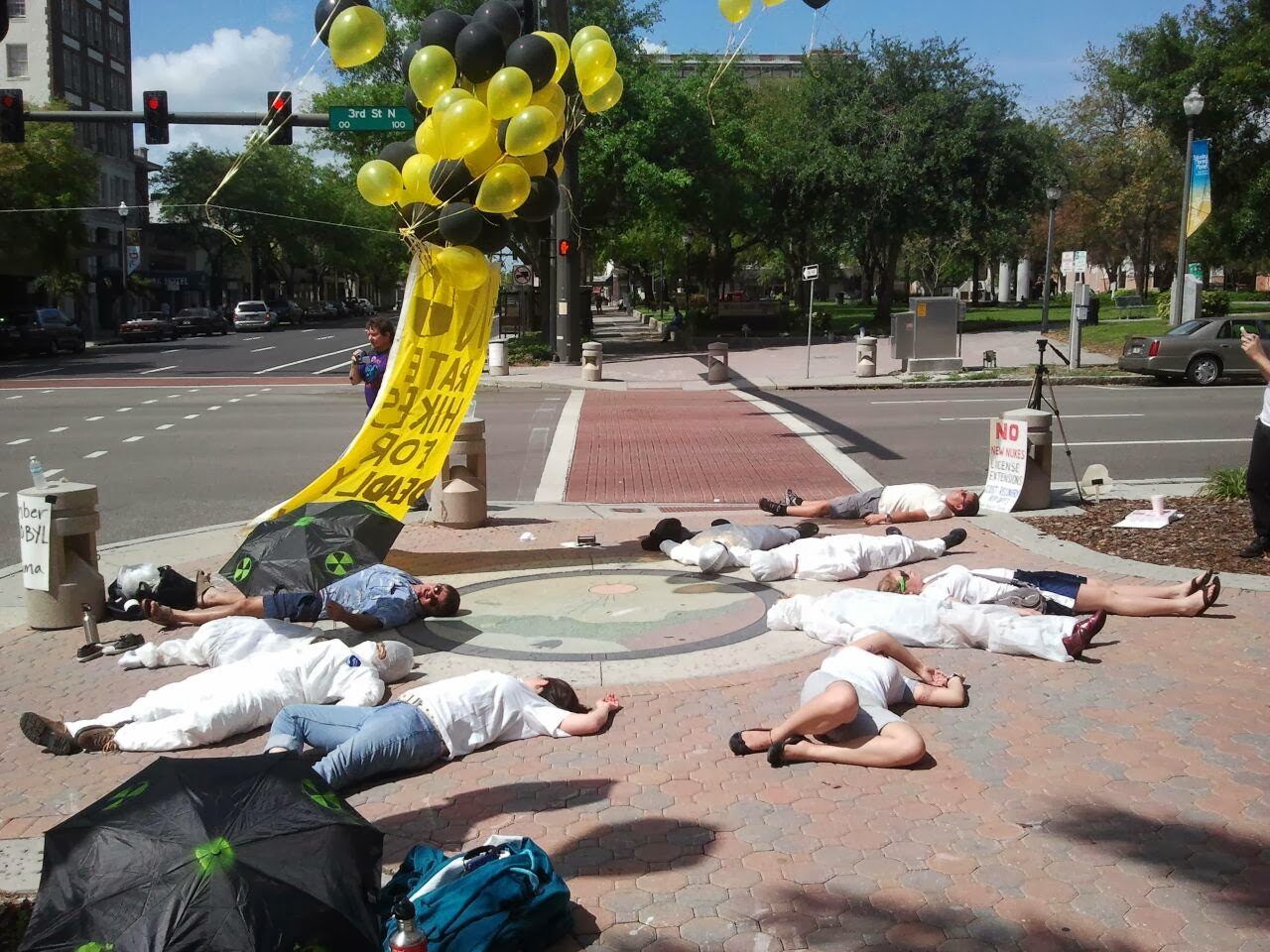 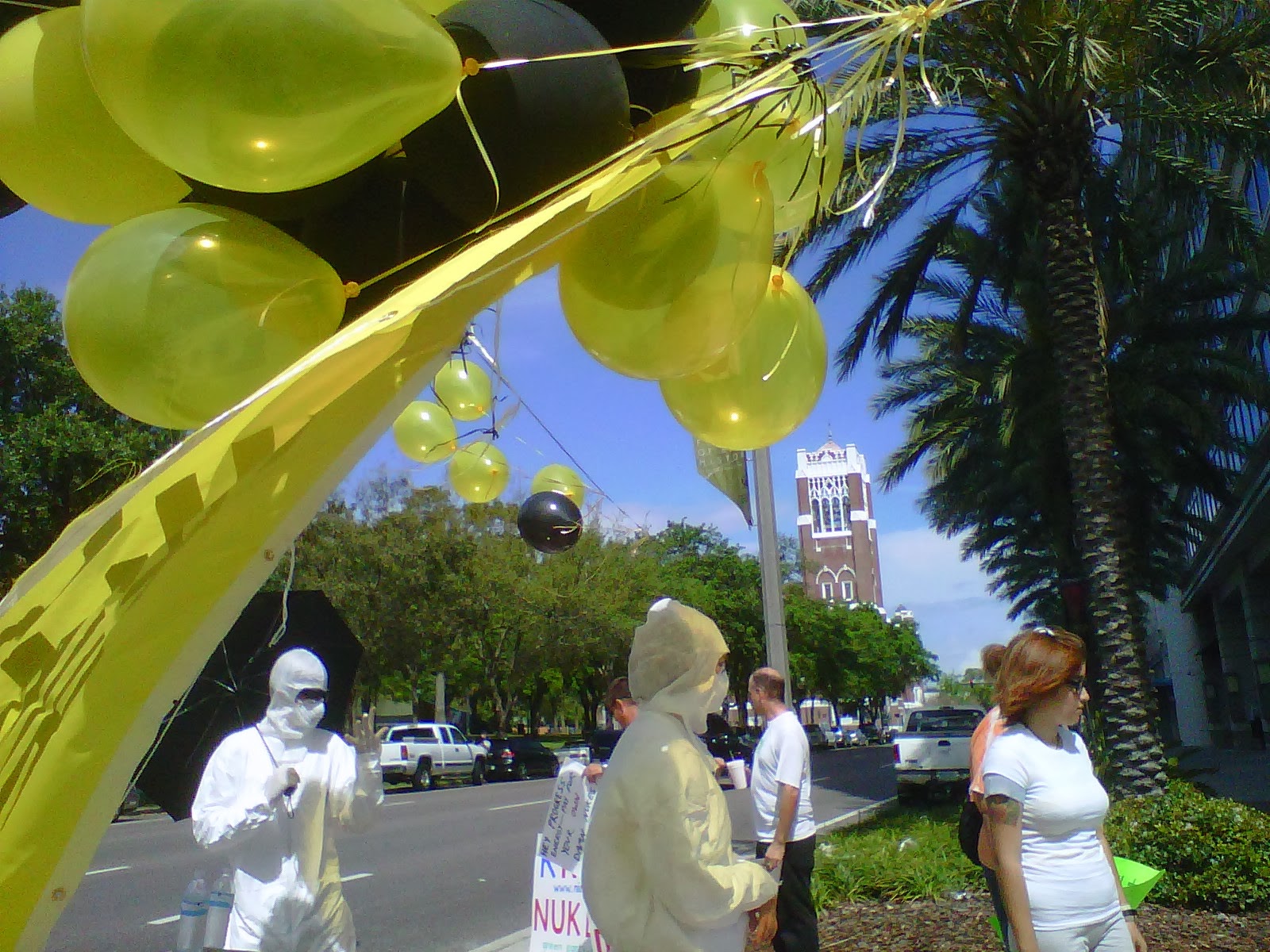 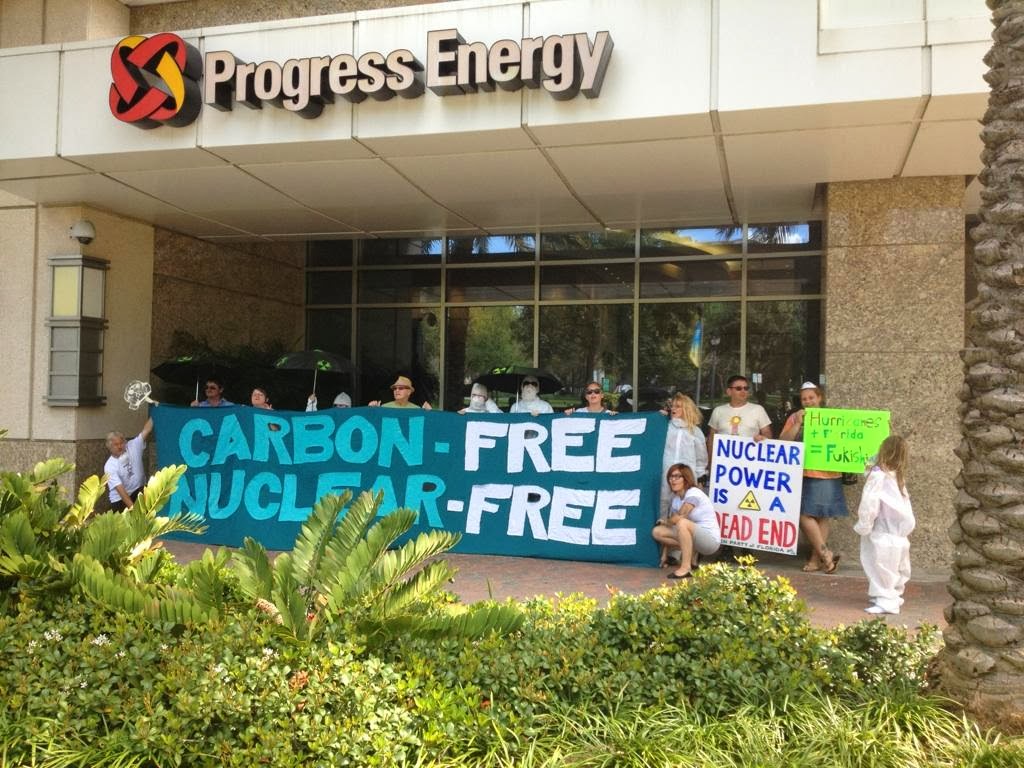 In Chattanooga, the Fallout presented a disturbing site on the sidewalk. 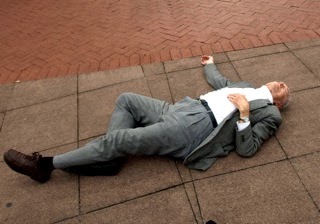 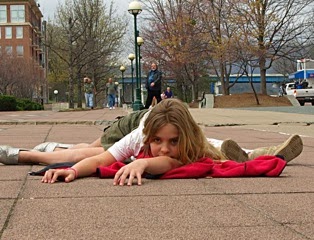 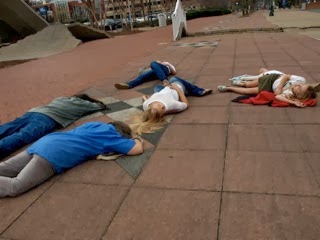 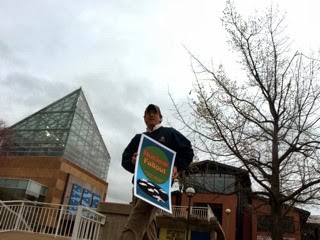 A group gathered in solidarity with the people of Japan at the Tennessee State Capital in Nashville and had a Nuclear Fallout action in the rotunda of the building.